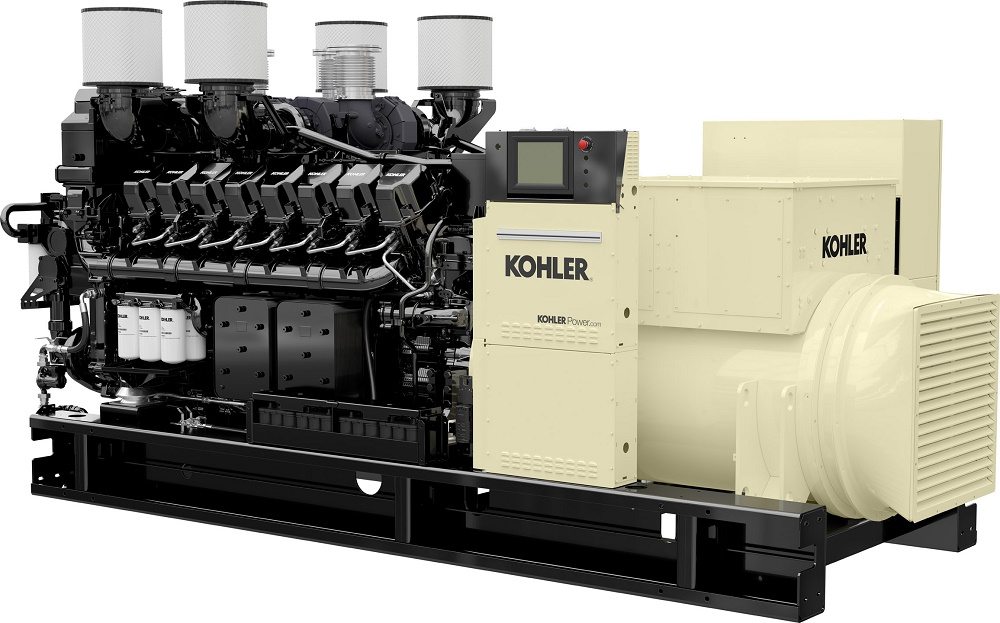 Suitable for stationary emergency applications where the generator set serves as the secondary power source when the primary utility power source fails. The EPA allows for a maximum of 100 hours of operation annually on either pipeline natural gas or propane fuel sources for maintenance checks and readiness testing.

In these applications, the standby rating is typically specified at a 0.8 power factor. This rating is applicable to variable loads with an average load factor at a percentage of the standby nameplate rating.

In these applications, the prime rating is typically specified at a 0.8 power factor. This rating is applicable to variable loads with an average load factor at a percentage of the prime nameplate rating for an EPA-allowable unlimited amount of total operation hours.

Suitable for paralleling with utility applications where the generator set serves as the primary power source. They typically cannot operate as a secondary power source upon utility failure due to their limited transient response capabilities.

In these applications, the continuous rating is typically specified at a 1.0 power factor. The load factor allows the generator set to be operated at full load for an EPA allowable unlimited amount of total operational hours.

When the KD Series large diesel industrial generators were unveiled, KOHLER and KOHLER-SDMO also announced the planned expansion for the new line, which would eventually grow to encompass generators as large as 4200kVA (50Hz) and 4000kW (60Hz). Today, utilizing KOHLER’s own diesel engines ranging from 800kVA/800kW to 2800kVA/2500kW, KOHLER and KOHLER-SDMO has expanded the KD Series with the rollout of several new generators ranging up to 3500kVA/3250kW.

“It’s always rewarding to expand a product line in conjunction with strong market response,” said Tom Cromwell, group president-power for Kohler. “Our first wave of KD Series generators really resonated with key influencers in the data center, healthcare, telecommunications and water-treatment segments around the world. And, we’re looking forward to providing these users – and many others – with additional KOHLER-powered options that will deliver a similar mix of durability, fuel efficiency, and the many other benefits that have helped the KD Series to stand out in this competitive global category.”

The KD Series large diesel industrial generators were unveiled by KOHLER and KOHLER-SDMO at a global launch event in Strasbourg, France in October of 2016. Since that time, the new line has been selected by key decision makers in numerous industries worldwide, including the data center and healthcare segments. A few initial success stories are highlighted below.

22 KD1600 generators were selected for a large data center in Ashburn, Virginia (USA). When completed in late 2017, the complex will encompass six buildings with more than 245,000 square feet and 16 megawatts of critical IT load. 11 KD1800 generators were selected by a UK-based data center. The center is owned by a Japanese telecom company, which selected the KD Series based on the low emissions of the new line. 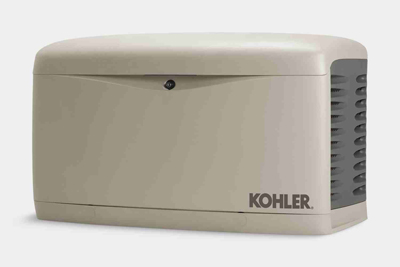 An air-cooled, three-phase generator may be ideal for banks, restaurants, convenience stores and other commercial applications where 20,000 watts or less are needed during power outages. Because the generator is air-cooled, you get all the performance and power of an equivalent liquid-cooled generator in a smaller, more economical package. It’s specifically designed for smaller-sized businesses that want to stay up-and-running during a power outage.

The 14/20 kW generator is powered by a heavy-duty, commercial-grade engine designed for harsh weather conditions and heavy use. The generator starts up within 10 seconds of an outage and can power major systems and appliances in a small business, including: HVAC, lights, security systems, computers, cash registers, coolers and more. Kohler’s exclusive PowerBoost technology provides the necessary power to start large electrical loads without dropping other circuits or systems as they cycle on and off.

The 14/20 kW runs on natural gas or liquid propane, so there’s no need for refueling during a power outage. In addition, the generator can be remotely monitored from a computer, tablet or smartphone using the OnCue Plus Wireless Generator Management System. The generator’s compact, corrosion-resistant enclosure blends seamlessly with a building’s exterior while its quiet, neighborhood-friendly operation reduces sound levels similar to a central air conditioning unit. Other features include:

The future Kohler 20KW was on display at the KBIS Show in Orlando FL, below is a clip with Ed DelGrande, highlighting the enclosure changes to potential customers. 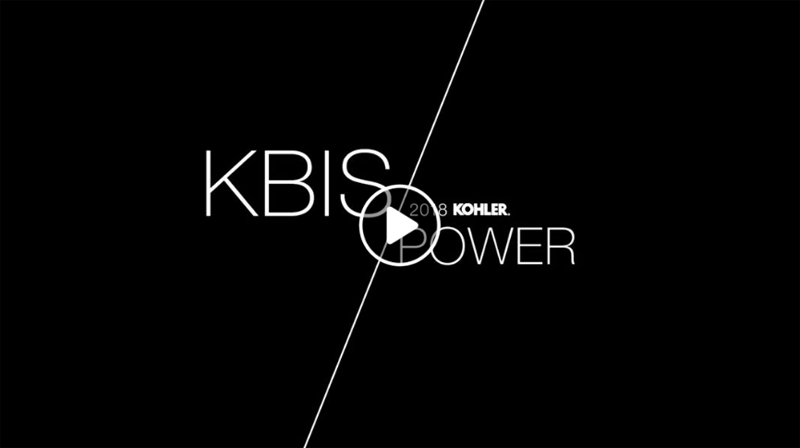 More in depth information will be available in the future highlighting other improvements including service access in the field.

The best days are always ahead.

Back Up Power Systems for the Hospitality Industry 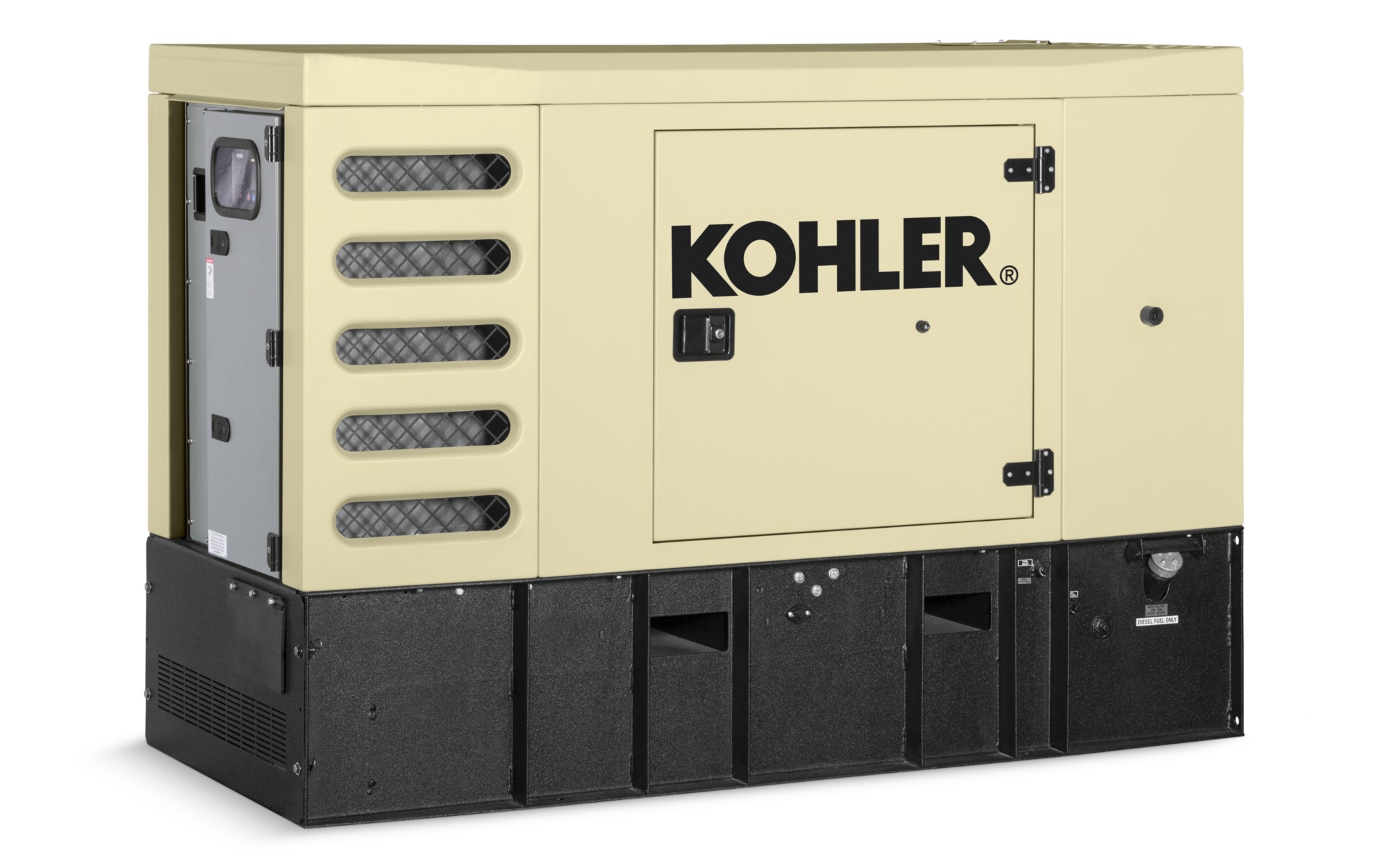 Years ago, hospitality needs were simpler. Casino guests were happy pulling manual slot machine levers. Hotel guests required little more than a clean room to rest in. And stadium goers were there for the game—not all the action surrounding it. These days, however, people have much different expectations, and they’re driving a huge need for reliable backup power.

With stadiums or theme parks at the center, many new entertainment complexes are offering guests everything they need in one location. They can catch a game, relax at a spa, enjoy a high-end meal and rest in their hotel room—all on the same property or complex. This approach raises the stakes for backup power.

A new type of casino

To attract new customers, casinos are developing different types of games including fantasy sports, eSports and online wagering. These new games all require a significant amount of data and constant connectivity. And whether they’re playing these new games or the classics, guests expect their financial information to be secure.

Today’s critical power needs go far beyond keeping the lights on. Whether they’re traveling for work or visiting an amusement park, people expect a safe, hassle-free experience. And that means features we once thought of as extras, such as Wi-Fi and big-screen TVs, need to be online 24/7 to keep guests satisfied and earn the positive reviews your business depends on.