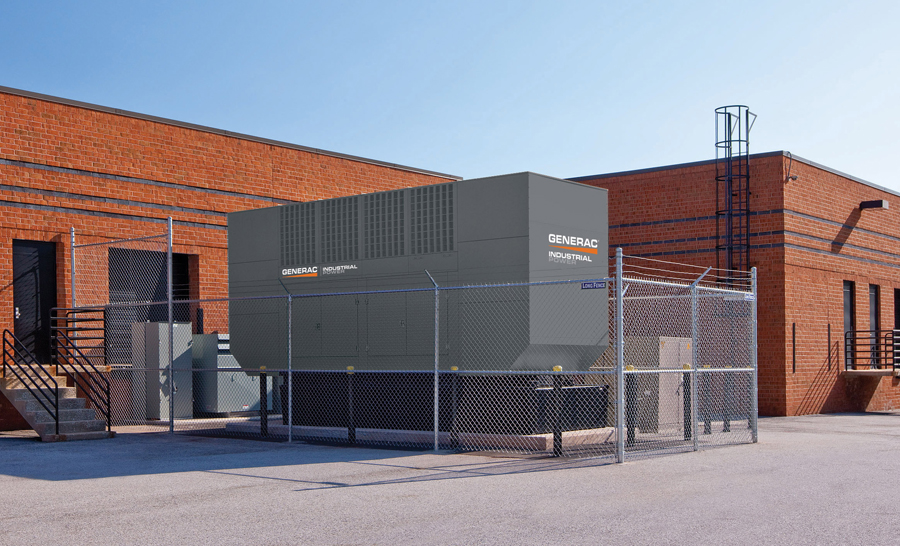 In the midst of a facility expansion in March 2007, MVP Health Care (MVP), Rochester, N.Y., decided that a reliable mode of standby power was required to ensure smooth operations and to keep all of its clients’ medical records and information safely housed. MVP, a health care provider in Vermont, New Hampshire and New York state, has been committed for 27 years to making a positive impact on the health and wellness of its customers. The need to keep medical records and information safe was a logical investment and consistent with thecompany’s mission.

While there was an immediate need for a larger location, MVP also needed to allow for future growth. The goal was that no matter how much the company grew, there would always be backup power protection should there be an outage due to the inclement weather that is typical of Rochester, especially during the winter months. When Generac Industrial Power dealer R.L. Kistler learned of MVP’s interest in standby power, Rob Sweeney, sales engineer, knew he had a system to satisfy its needs.

Based in Rochester, R.L. Kistler has been a Generac dealer since 2002, covering much of the upstate New York area including Buffalo and the state capital of Albany. Sweeney was approached for this project by the engineer, Mark Picard, owner, Picard Engineering, Rochester, who was originally looking for backup power that had either a single engine or a modular system; this was still up for debate.

“When Mark told me what they were looking for, I knew right away that the Generac Modular Power System (MPS) was the way for them to go. They had an immediate load demand of 1,100 kilowatts (kW) and wanted a system that had the potential to reach 1,600 kW, if needed,” says Sweeney.

“They were also in the market for a system that ran on natural gas rather than diesel due to storage limitations stemming from MVP’s metropolitan location and the fact that natural gas offered extended run times without concern for refueling. I told Mark he’d be hard-pressed to find a competitive system that would be able to not only meet their demands, but also be reasonably priced. After he had an opportunity to shop around, the job was ours.”

An Installation with Room to Grow R.L. Kistler administered the paralleled installation of 4 x 300 kW Generac natural gas generators in August 2008. Because MVP intended to grow over time, the company needed a system that was modular and did not need to be replaced every time it expanded. As the installation began, Sweeney wanted to make it as easy as possible for the building to add onto the four existing gensets as needed. “We installed a concrete pad designed to hold a maximum of six, 300 kW generators. So when the time comes to expand the system, there is room for two more 300 kW Generac MPS generators, making the placement less labor intensive,” says Sweeney.

In addition to the versatility that comes with a Generac MPS, price was also a factor. In the past, the high cost of paralleling switchgear made the multiple unit arrangement feasible only for expensive, high-end applications. If MVP had gone with a traditional paralleling approach, they would have had to use 14 to 20 controllers from five different manufacturers. However, the Generac MPS Power Manager control technology only requires one digital control per generator to control all generator functions: speed governing, voltage regulation, genset alarm and monitoring, synchronizing, load sharing and protection – a much simpler and cost-saving approach.

Advanced microprocessors with highspeed, 32-bit digital electronics are integrated into the MPS controllers, providing paralleling capability and reducing equipment, maintenance and installation costs. Constantly monitoring power flow, controlling transfer switch functions and managing the operations of all connected generators are just a few of the features offered by the MPS controllers. The beauty of the Generac MPS system is that each genset backs up the others in the system, so critical loads receive state-ofthe-art redundant protection, in addition to providing all the benefits of paralleled power generation in a simple, single-source system.

Looking to the Future

Today, the Generac MPS system backs up three floors, one of which houses the main data center -- a total of 50,400 square feet - and MVP has no plans to stop there. “This ear, we’ll be adding another 150 servers to our data center on the first floor and while we are appropriately sized right now, we have space to add two more 300 kW gensets and in time that’s exactly what we plan to do,” says Craig Solow, supervisor of windows administration, MVP. “We could not be more pleased with the natural gas MPS system from Generac. Out of our 10 sites, the Rochester location is the only one that has a modular backup system, the rest are running on single systems and I am confident that the Generac MPS system is the most secure. Since we installed the Generac MPS system, we’ve had a few outages, some planned, some unexpected, but whatever the case, the transition to standby power was seamless. The MPS system started right up and kept us operating at business as usual for the entire length of every outage. Most companies fear outages, and while we don’t look forward to them, we know that we’re covered.”