Generators Case study: How one local business weathered a widespread power outage a few years ago 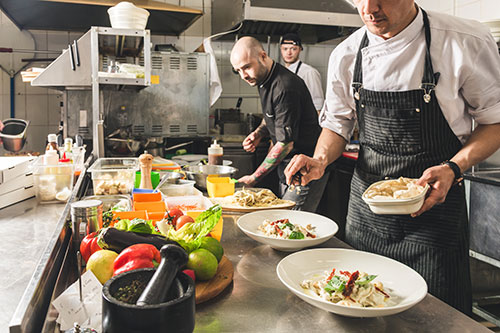 Where were you when the lights went out that March a few years ago? If you’re like many people, during that storm you were at home. Eventually, when the lack of power at home was too much and went out in search of warmth, a hot meal, and good company, you found yourself at the nearest restaurant with a generator. That Nor’easter hit Massachusetts hard, leaving nearly 200,000 without power. The South Coast and Cape Cod experienced the most outages. Sandwich, Dennis, and Harwich lost 90% of their service. Chatham lost 100%. Despite the entire town of Chatham losing power, one of the town’s most popular eateries, The Chatham Squire, stayed open, thanks to a generator installed by South Shore Generator. The Squire is a local institution and a popular gathering place for Chatham residents. It’s been serving lunch, dinner, and adult beverages since 1968. When the power goes out, it’s where locals go.

Places like The Squire are the reason restaurants are among our most important commercial clients. They understand the value of keeping the power on – both for themselves, and for the communities they serve. Because of their location at the end of the power grid, the general manager of the Squire says his restaurant is used to power outages in the winter and brown-outs in the summer. “The big goal for us is to keep the doors open,” he says. “We try to stay open the whole time and the generator allows us to do that.” Without a generator the draft beer system wouldn’t operate, nor would the freezer or walk-in refrigerator. Perishables – like meat, milk, fruits and vegetables – would be lost. “It’s vital. A lot would spoil,” he says. “Having a generator in Chatham is a no-brainer.”

Of course, the value lies in more than just preventing the loss of costly provisions. By having a generator, The Squire, like our other restaurant customers, continues to operate during power outages, and so continues to generate revenue. Even more important, staying open builds customer loyalty and strengthens a restaurant’s relationship with its community. The Squire prides itself on being the local place where those without power turn for a hot meal and to swap storm stories. “It’s important they have a place to come after a storm,” the GM told us. “The owner feels we have to be here for the community. Not just for our customers who lose power, but the men driving the plows and the emergency workers.” He reports that The Squire has only been forced to close one day in 30 years. It has its strong community spirit – and its generator – to thank.

If you’re a restaurant, or any business where people turn to after a storm, let South Shore Generator Sales & Service advise you on the generator that’s right for you.